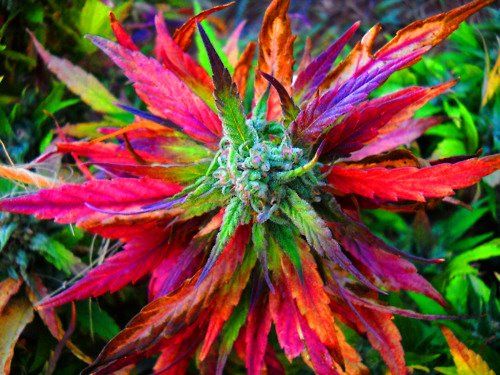 Marijuana, weed, pot, hemp, cannabis… There are a lot of slang terms for cannabinoid plants swarming around the nation as more and more states start to legalize this plant for medicinal and recreational use.

I grew up with a dramatic story in my brain, this story was given to me by adults and a little bit of my imagination. As a young teen, I thought that marijuana was a gateway drug that would lead to the high likelihood of heavy cocaine and methamphetamine use. Say no more, I was scared to try this mysterious plant.

Fast forward to Stephanie at age 27, I became older and wiser (per self reports). I owned my own practice and would hear my IV therapy oncology patients talking about cannabis. It made me feel uncomfortable. Most all patients were using CBD and often using CBD + THC (from surrounding states that have legalized medical marijuana). They reported a wide range of benefits, from less intense pain to decreased tremors, decreased tumor size, and improved symptoms such as restless legs, inflammation and neuropathy. They also noted an increase in energy and of course some noted an increased appetite (because would this really be a CBD article if I didn’t talk about the munchies?).

With all these amazing results, I started re-evaluating my once judgemental beliefs and started diving deeper into the literature and mechanism of action that cannabis has on the human body. As a nurse practitioner in Iowa, I have a DEA license and can prescribe narcotics in drug schedule 2, 3, 4, 5. No one is allowed to prescribe a scheduled 1 ‘drug’. A schedule 1 substances include heroin, LSD, Ecstasy, cannabis and more.  An interesting observation I want to point out is that with the opioid epidemic that has been prominent over the past few years, researchers are starting to look at schedule 1 drugs as potential treatment options for a multitude of conditions, even LSD which has been undergoing research for treatment of anxiety and related conditions.

When discussing medical marijuana it is important to understand the terminology used when describing this drug.  One of the most common terms is CBD or CBD oil.  CBD is an abbreviation for the word ‘cannabinoid’ and is found in the marijuana plant.  CBD oil is made by extracting CBD from the cannabis plant, then diluting it with a carrier oil like coconut or hemp seed oil.

THC is another common acronym.  Tetrahydrocannabinol  or THC, is the main psychoactive cannabinoid found in cannabis, and causes the sensation of getting “high” that’s often associated with marijuana.

A human neurotransmitter, anandamide, was the first cannabinoid found in the body. It is known as the “blissful compound” due to it causing increased joy and happiness. This is not identical to THC but it does bind to the CB-1 receptors in our bodies (at much smaller doses).

A 2nd receptor (CB-2) was found in the body as well. It is found in peripheral parts of the body, particularly the immune system. It is found in immune cells and tissues (including tonsils, thymus gland, spleen and bone marrow).

Cannabis acts like an adaptogen because it supports homeostasis in the body. Just like our thyroid has adaptogens and like our adrenals have adaptogens. Think of this as a specific ‘lock’ that natural plant compounds have the key to fit inside.

The plant produces bioidentical compounds mimicking ones that are found naturally in our bodies. Unlike synthetic or chemically derived narcotics (hydrocodone, oxycontin, morphine, tramadol, and more), which often have a lot of life-long debilitating effects and cause major opioid withdrawal, dependence and are the cause of the opioid crisis seen in America today.

CBD is NOT psychoactive but is a potent antioxidant and decreases anxiety and panic attacks. It also has many anti-cancer benefits.

With a broad-ranged CBD there are hundreds of phytonutrients that have positive effects in the body. Such as CBN lowering pressure in the eyes (for glaucoma patients). CBG which acts as an anti-inflammatory and has calming properties.

All cannabinoids have interdependent levels with each other. They work better together.

Oral: Oral cannabis can come in the forms of liquid, tinctures, capsules or in foods (such as CBD gummies). This route is best used for anxiety, inflammation, pain, insomnia, cancer, malnutrition.

Topical: Come in forms of oils and creams. These can be used on sore joints, muscles and other external pain and/or inflammation. People even receive massages with topical CBD to help decrease pain.

Rectal Suppository: Good for absorption into gut. Gut inflammation, Crohn’s, IBS and IBD. People that use cannabis to help decrease inflammation and use with cancer treatments, can use higher doses rectally (usually used with combination of CBD + THC) to prevent side effects of fatigue and decreased sensation of feeling high.

Vaginal Suppository: Can be used for menstrual cramps

Vape/Smoke: I don’t recommend these types of methods to get CBD into the body. The above methods are better for the organ systems and lung health.

What’s the best type of CBD to use? Scientists recently discovered that broad-spectrum CBD extracts (from cannabis or hemp plants) are much more effective than pure CBD isolates. As mentioned earlier, all of the cannabinoids work well together to enhance their effects. For example, when we take B vitamins, we typically take a multivitamin which contains a broad spectrum. If we only take one vitamin (like B-1) we can leave our system unbalanced. B vitamins work better together, just as cannabinoids do.

Overdosing on CBD. Can it Happen?

CBD has been proven safe by thousands of research studies.  There have been clinical trials completed with CBD doses up to 1,200 mg daily for months without observing any serious side effects. People typically take around 20-30mg twice daily, nowhere near the 1200mg daily amount.

The ‘high’ type sensation typically only occurs when THC is mixed with CBD. Something as simple as sniffing black pepper will have an almost immediate effect on decreasing this sensation. The Universe is amazing and it wouldn’t make a plant without another plant having an antidote to it. Pepper contains a terpene called beta-caryophyllene which allows it to produce a “phytocannabinoid-terpenoid effect” that reduces anxiety and effects of cannabinoids.

When choosing a product, choose broad spectrum and organic. Always choose organic! There are chemicals, heavy metals and other toxins found in non-organic cannabis products.

Don’t give THC to people under the age of 21 for recreational use. There are studies that are showing negative brain development changes occur when teenagers are using THC.

Seeing the amazing effects cannabis is having on chronic health problems, diseases and cancer, it is something that will be coming more prevalent in the next few years.

As a provider, I will be relieved when I see everyone can have access to medical cannabis, so that I can use that for my patients as an option vs having to prescribe deadly narcotics while people are on their healing journey.

I just ask for people to be open minded to this plant based medicine and realize it’s not a scary, taboo topic. It’s something that is helping children, parents, grandparents, and even pets with the most devastating diseases. Giving hope to people that are struggling every day. Older and (self proclaimed) wiser Stephanie, approves this message.

My Recommendations – Select Balance CBD Oil. I spent 2 years searching for organic, high quality, broad spectrum oil. I finally fell in love with this one. 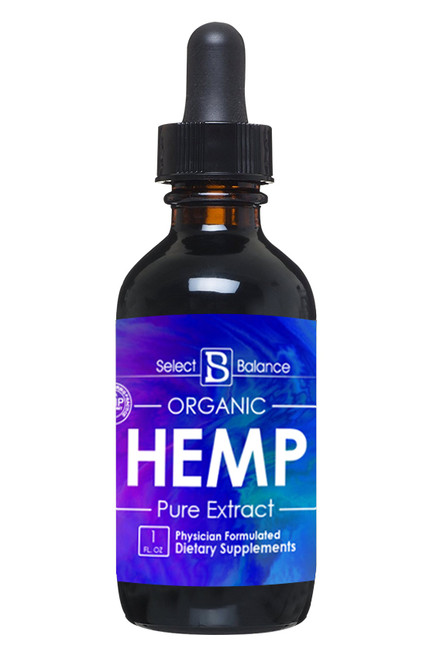 Another great site to further educate and to find out dosing of CBD: https://www.foriawellness.com/blogs/learn/how-to-take-cbd-correct-dose