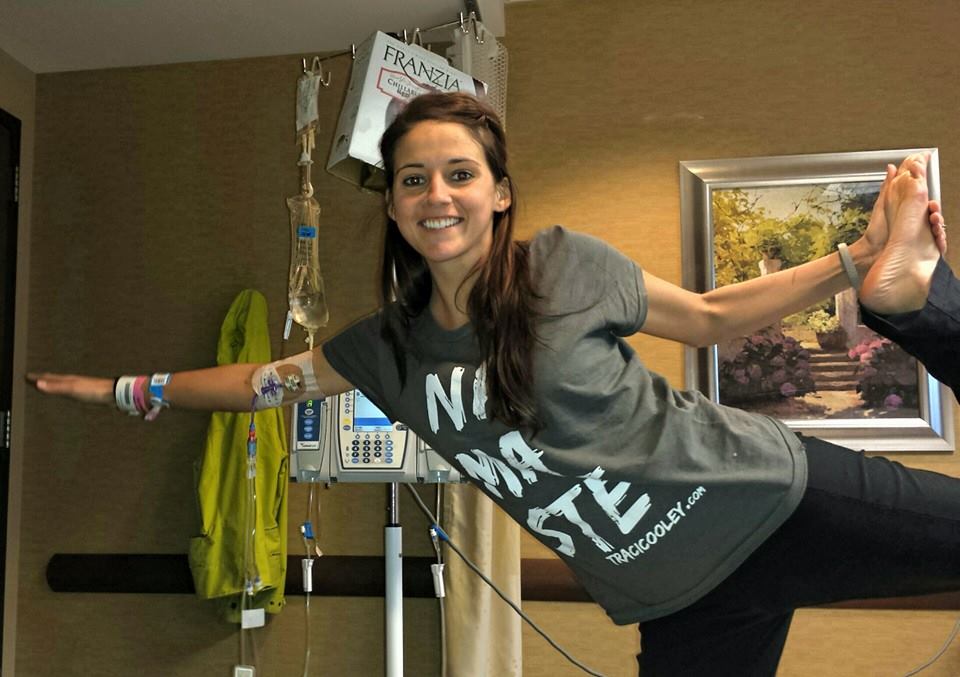 Alright So I may be a little dramatic, but at the time I was sick and every day I questioned if I would make it through all of this.

December 2014 I was sick, in pain, and on my way to the emergency room. I was admitted to the hospital and for the next 8 days I stayed cooped up in a room with a PICC line in my arm and received all nutrition from TPN through that PICC. I was weak. I lost over 10 lbs in that short week, not to mention the 10+ lbs I lost in the past months leading up to this stay.

5 years ago June, I was diagnosed with Sero-Negative Rheumatoid Arthritis – an autoimmune disease that attacks the joints (Sero-negative meaning I didn’t have the + blood test, I was diagnosed based on symptoms). I was treated with Methotrexate – a harsh drug that they use in chemotherapy (but at much higher doses). I felt great! At that time it truly was my magic pill… The joint pain, swelling and mobility limitations were gone.

My disease was what I will loosely term ‘stable’ until a few years ago when I started losing weight and having stomach pains after each bite of food I consumed.  I didn’t have insurance & was a poor college kid, so I spent 1/3rd of my income that year getting an upper scope and lab tests done. The docs thought I “could have Crohn’s” but I needed a colonoscopy to confirm. I went into remission for 6 months and felt great after that (without medications, etc.)! Then, out of the blue, all the symptoms started to come back with vengeance. I finally had a colonoscopy August 2014, and I was officially diagnosed with Crohn’s Disease… This diagnosis came two weeks prior to starting my first job as a Nurse Practitioner.

I had Crohn’s for the past 5 plus years, it was never  diagnosed and the methotrexate worked on my gut and my joints to decrease the autoimmune reactions. At the end of the day, it really doesn’t matter if it’s Crohn’s or RA, I have an autoimmune disease. They started me on Humira – a biologic that some say is a miracle drug. What I’ve learned over the past 6 months is that there is NO MIRACLE DRUG. The  healthy sick world we live in today is all about silencing symptoms with medications vs finding the root cause of the problem.

I was discharged from the hospital December 24th, luckily I was able to spend Christmas Eve/Christmas Day with my family. Sitting around watching everyone eat food was hard. I was sent home on a, “Good luck to you, drink clear liquids and lots of crappy Ensure Diet”. I was sick, frail, weak. Down to 103 lbs I felt defeated. I was an athletic, healthy, non-smoker, occasional drinker, nurse practitioner that thought I had my life together. I was merely existing at that point.

Luckily, a few months prior to my hospitalization, I read through hundreds of articles trying to figure out how to make myself feel better… My body was screaming “FIX ME”. I started reading about integrative medicine and “Leaky Gut Syndrome”. I KNEW this was what I had so I tried taking the steps to heal my gut, and that’s what I have been doing ever since.

I removed gluten, dairy, Soy, Eggs, Corn, Peanuts and Nightshades (tomatoes, spicy foods, potatoes, eggplant, etc.) from my diet. I drank a rice supplement shake with hundreds of calories and nutrients twice a day along with chicken and other meats. Today I am slowly incorporating foods back into my diet and letting my body tell me if it can tolerate it or not, I will never incorporate gluten back into my diet. I can say I drank 1 can of Ensure after the hospital and decided that it belongs in the garbage not my belly! I also started taking Vit. D3, Fish Oil, Pancreatic enzymes, probiotics and Iron. I was discharged from the hospital on high doses of prednisone (over 40mg/day) and Humira injections every 2 weeks. I slowly got off of the prednisone and Humira. I also joined Farrell’s Extreme Body Shaping and gained back a lot of muscle that was lost in the course of my illness.

I am still not fully healed, but I’m so much better now then what I was. My body is fueled off of good nutrition. I love life. And now I’m so much more in tune with my body. Every headache, stomach ache, indigestion, gas, fungus, acne or other ‘weird’ symptom that you have, you may think it’s normal and just expect it because you have lived with it your whole life, but that is not true. It’s all stemming from something that is off in your body, and it usually starts with your gut. If you are sick and tired of being sick, look at what is going in the gas tank, is it ethanol or sugar?